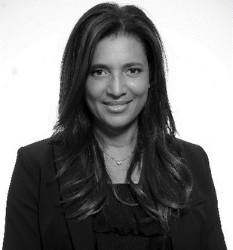 Mrs. Konsker is the CEO of Viigii, a tech startup in the eGifting space that she founded in 2016. Mrs. Konsker’s volunteer efforts include JAFCO (Jewish Adoption and Family Care Options), which operates the nation’s first state-of-the-art therapeutic center for children with developmental disabilities through their Children’s Ability Center (CAC). Mrs. Konsker helped create the CAC and has served on its board as Chairwoman since 2015.

During her time as a student at UC Santa Barbara, Mrs. Konsker spent two years working at The Devereux Foundation. There, she discovered her passion for art therapy and its potential to benefit people’s lives. She received a master’s degree in art therapy from the Pratt Institute in Brooklyn, New York, and started her professional career at Mt. Sinai Hospital. Her husband, Dr. Kenneth Konsker, has a successful private practice in Boca Raton, Florida. In 2009, he established the Unified Physician’s Management Group (UPM).