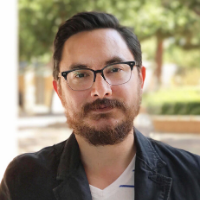 Alexander Cho is an Assistant Professor in the Department of Asian American Studies. He researches how people use social media with a focus on race, gender, and sexuality, using an approach that blends queer of color critique, ethnography, and human-centered design. He is co-author of The Digital Edge: How Black and Latino Youth Navigate Digital Inequality (NYU Press), co-editor of the forthcoming a tumblr book: platform and cultures (Michigan, November 2020), and lead author of a recent UNICEF report on youth digital civic engagement. He is currently working on a monograph exploring queer youth of color social media use. 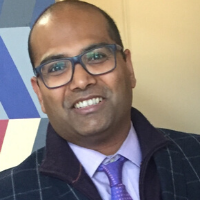 Dr. Debanuj DasGupta is an Assistant Professor of Feminist Studies at UCSB. His research and teaching focuses on immigration detention, queer migrations and the global governance of migration, sexuality, and HIV. He serves on the political geography editorial board of the Geography Compass and is Board-Co Chair of the Center for Lesbian, Gay, Bisexual and Transgender Studies: CLAGS at the City University of New York. He is the recipient of the Social Science Research Council (SSRC) funded Junior Scholar Award in Transregional Studies: Inter Asian Contexts & Connections; Global Challenges Research Fund Networking Award, The British Department for International Development, Ford Foundation funded New Voices Fellowship, American Association of Geographers and National Science Foundation funded T. J. Reynolds National Award in Disability Studies, and the International AIDS Society’s Emerging Activist Award. His research has been published in journals such as Disability Studies Quarterly; SEXUALITIES; Gender, Place, and Culture & Contemporary South Asia. 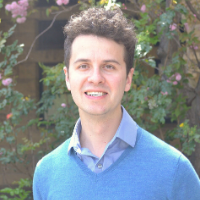 Vladimir Hamed-Troyansky is an Assistant Professor in the Department of Global Studies at the University of California, Santa Barbara. He specializes in global migration and forced displacement, and the history of the Ottoman and Russian empires and their successor states in the Middle East and Eastern Europe. He is broadly interested in the evolution of humanitarianism, refugee regimes, and ethnic cleansing as a global practice. He is currently preparing a book manuscript on the resettlement of Muslim refugees from Russia's North Caucasus region throughout the Ottoman Middle East and Balkans between the 1850s and World War I. 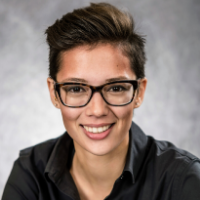 Kristy Hamilton is an Assistant Professor in the Department of Communication. She is a digital media scholar who uses experimental methods from cognitive psychology to understand the inherent qualities or liabilities of human memory and cognition in a digital environment. Her current research program investigates three interrelated characteristics of sophisticated thinkers in our digital landscape: 1) understanding how various cognitive strategies made possible by digital media influence short- and long- term communicative and cognitive goals, 2) knowing how media users monitor and control the state of information available “in the head” and information out in the world in pursuit of their various goals, and 3) understanding how certain characteristics of technology can impair these monitoring and control processes. She has published in journals such as Computers in Human Behavior, Journal of Applied Research in Memory and Cognition, Applied Cognitive Psychology, and New Media & Society. 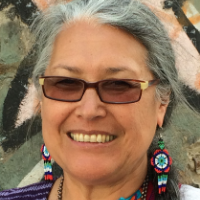 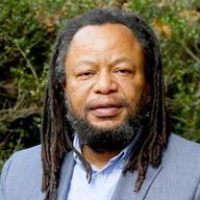 Ricardo Jacobs is an Assistant Professor in the Department of Global Studies at the University of California, Santa Barbara. He earned his PhD in Sociology at Johns Hopkins University. His research focuses on the global political economy of urbanization, ecology and agrarian change, with a focus on post-colonial Africa. His work examines how global colonial-racial capitalism and class struggle from below shapes race, ethnicity, gender and class at the local and global level. His recent article—“An Urban Proletariat with Peasant Characteristics: Land Occupations and Livestock Raising in South Africa”—won the 2017-2018 Krishna Bharadwaji and Eric Wolf Prize from the Journal of Peasant Studies and the Terence K. Hopkins award from the Political Economy of the World System section of the American Sociological Association. He serves as Book Review Section co–editor of the Journal of Peasant Studies. Prior to entering the PhD program, he worked for more than 15 years in the area of land and agrarian reform, food sovereignty, agro-ecology and agrarian social movement building in South Africa. 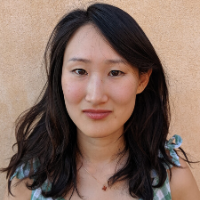 Tae-Yeoun Keum is an Assistant Professor of Political Science at the University of California, Santa Barbara. She is a political theorist with broad research interests in the history of political thought, ancient and modern, and in the symbolic dimensions of politics. Her first book, Plato and the Mythic Tradition in Political Thought (Harvard University Press, 2020), examines the legacy of Plato’s myths in modern political thought. She is currently working on a book about Hans Blumenberg, the 20th century philosopher of myth. Prior to joining UCSB, Tae-Yeoun was the Christopher Tower Junior Research Fellow at Christ Church, Oxford. 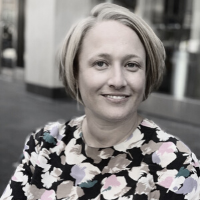 Dana Kornberg is an Assistant Professor of Sociology studying issues of urban sustainability in India and the United States. She is interested in understanding how environmental systems are shaped by enduring legacies of race, caste, and geographic division. Her research examining the provision of clean water in Detroit and Flint, and waste collection systems in Delhi, has been published in the International Journal of Urban & Regional Research (best article award), Critical Sociology, and Local Environment. She is currently working on a book manuscript that examines how renewed relations based on caste and community have upheld manual systems of informal recycling in Delhi, despite the introduction of collection trucks and incinerators. Social theory has been vital to her political awakening, provoking her to join struggles for social transformation and justice. 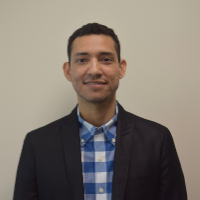 Yader R. Lanuza is an Assistant Professor of Sociology at UC Santa Barbara. His research examines the causes and consequences of social inequality in three domains: education, family and the criminal justice system. He focuses largely, though not exclusively, on the experiences of immigrants and their offspring from Latin America and Asia. 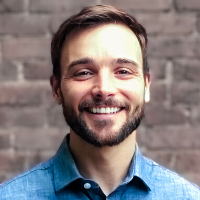 Daniel Masterson is an Assistant Professor in the Department of Political Science at the University of California, Santa Barbara. Daniel’s research explores conflict between refugees and host communities, refugee decision making about when and where to migrate, and how refugees cooperate in order to support themselves, with a regional focus in the Middle East. Daniel’s work has appeared in the American Political Science Review and the Journal of Conflict Resolution. Before joining UCSB, Daniel was a Postdoctoral Fellow at the Immigration Policy Lab at Stanford University. He received his PhD in political science from Yale University, a Master in Public Policy from Harvard Kennedy School, and a BA from Bates College. 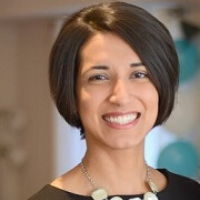 Muniba Saleem is an Associate Professor in the Department of Communication at UC Santa Barbara. Dr. Saleem is a social psychologist by training and her research examines how the media influences interpersonal and intergroup relations between racial, ethnic, and religious groups. Recent work focuses on three areas: 1) how racial, ethnic, and religious minorities' social, psychological and political outcomes are affected by the media they consume, 2) how users respond to hate content on social media sites, and 3) communicative challenges that arise in race and race-related dialogue. Dr. Saleem's work has been published in journals such as Communication Research, Journal of Communication, Child Development, and Personality and Social Psychology Bulletin. Her research has been funded by the National Consortium for the Study of Terrorism and Responses to Terrorism, and Facebook.