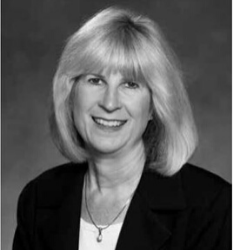 Ms. Pahl spent her career as a Nursing Home Administrator. She also worked as the Associate Director of Development for the American Heart Association and Associate Director of Community Services Agency for Mountain View and Los Altos. Additionally, she assumed two committee leadership positions while serving as a member of the Santa Clara County Civil Grand Jury.

Ms. Pahl has been actively involved with the Junior League of San Jose since 1990 and served as the endowment fund Advisory Board President. Additionally, Ms. Pahl is active with the Palo Alto Hills Golf and Country Club, having served as Vice President and Chair of the House Committee.

Ms. Pahl has been a member of the Northern California Capital Campaign Committee for UC Santa Barbara for 12 years and currently serves on the Bay Area Regional Leadership Committee. Ms. Pahl and her husband, Stephen, have endowed both an undergraduate, upper division “Making a Difference” award in Social Sciences and a graduate fellowship in Social Sciences at UCSB Their passion for golf also led to their involvement with supporting a Living Scholar on the UCSB Men’s Golf team. Mrs. Pahl became a trustee of the UC Santa Barbara Foundation in 2013.